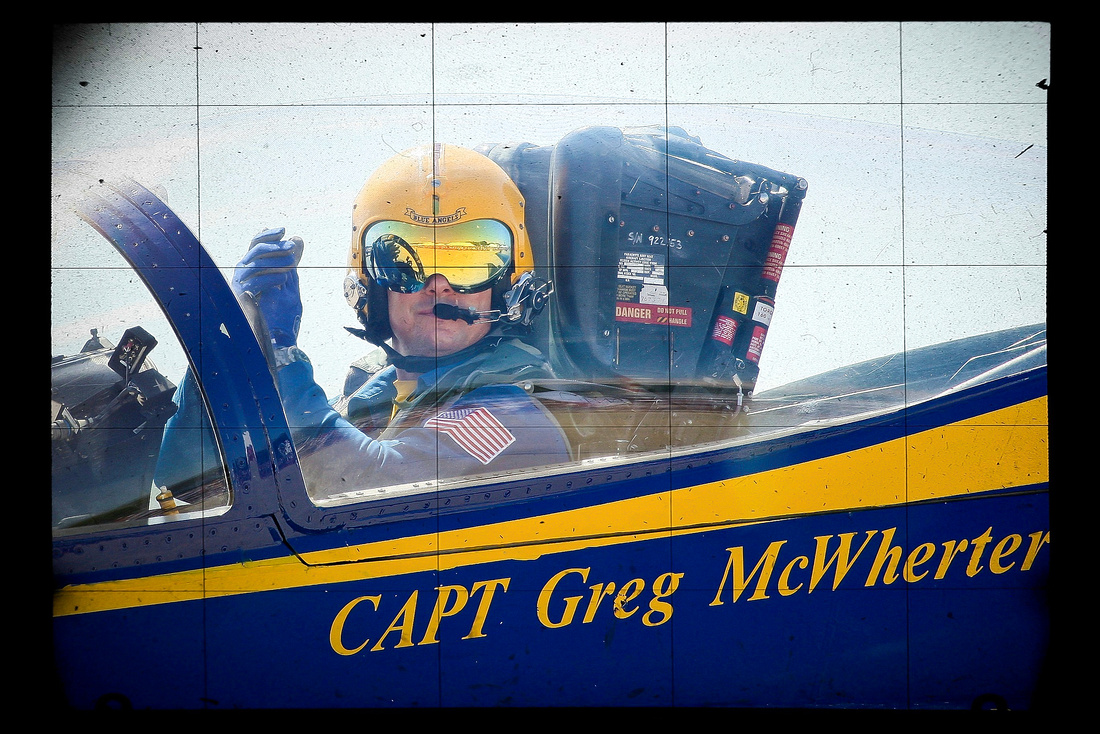 I spent a good part of my service days stationed at various USMC air wings so who doesn't love a good airshow!?  I first saw the Blue Angels perform in 1976 at El Toro Air Station, CA, prior to heading overseas.  I saw every conceivable aircraft in the military during my tour, including the larger than life SR-71 Blackbird reconnaissance aircraft while stationed in Okinawa, and even the famed 'Black Sheep' Marine Corps squadron while on duty with the Republic of Korea Marines (ROKM) in South Korea.

Back in the civilian world, we bought our first home (condo) at Westover Air Force Base in western Mass, and continued to be around flight demonstration aircraft, as it still remains an active reserve base.  Westover continues to hold the 'Great New England Air Show' and I was fortunate, while we lived there, to be able to just ride my bike over to the airstrip to see daily flights/shows.  When the airshows came to town, we were often 'buzzed' by various aircraft including the B-2, B-51, F series fighters and the list goes on.  Flight demonstration teams have included the Air Force Thunderbirds, Italian Freece Tricolori and the Canadian Snowbirds.

So when the Blue Angels came back to the area (Portsmouth Naval Air Station, NH) I couldn't resist the urge to secure myself a pass for the weekend.  This image was captured from the front row of the flight line as the team was taxiing out to perform their show.  Capt. Greg McWherter (seen here) is a 2-time team leader.  He was asked to return to lead the demonstration team after his predecessor was relieved of  duty for flight safety issues during a show and was immediately grounded for 6 weeks for additional training.  You can view the flight safety incident that grounded the team on 'youtube'.